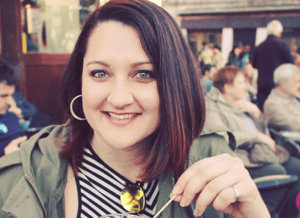 This week I had the pleasure of attending a speaking event for the National Achievers Congress at the Amway Arena in downtown Orlando. This group travels around the country, advertises to professionals on Instagram and lures you in with big-name keynote speakers. When my boss and I saw Gary Vaynerchuk, Robert Herjavec and Tony Robbins as the speakers for Orlando... well, consider us lured. He quickly bought me a ticket, and I was on my way to gather all the information I could on behalf of Kavaliro. 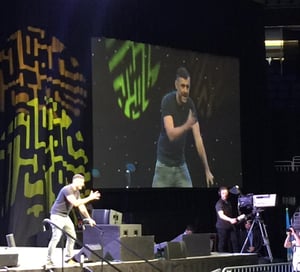 I know a good amount about Tony Robbins. Not only is he a world famous, celebrity motivational speaker, but I also have personal and professional friends who have invested thousands (yes, thousands) of dollars into attending his retreats. These are people I trust, so I was really looking forward to hearing him speak. (Spoiler alert, I was not let down)

Gary Vaynerchuk is a social media and business mastermind who is one of the current “it” boys of influencers. He’s a foul-mouthed, straight talking, NY Jets loving, truth spewer. When it comes to modern business, I knew he could give me a lot of useful info.

Robert Herjavec is one of the main investors on the show Shark Tank and has built a $200 million empire from nearly nothing as an immigrant in Canada. The man knows grit and how to make money.

Sprinkled in between the celebrity speakers were other successful people in stocks and real estate, an MC that looked like the business world’s version of Guy Fieri, and a raging sound system that really, truly wanted to make this event an EDM concert. Probably the only real negative was a 90-minute pitch from one of the speakers to attend another 3-day seminar on how to flip houses. Don’t worry; I sat through it, so you didn’t have to!

11 hours, 5 speakers, 2 seat changes and one Amway Arena hot dog later, here are the top 10 things I found worthwhile from this event and will take back with me to work:

Move your body to move your mind. -Tony Robbins

Anybody who’s seen Tony Robbins speak knows he is a giant person. He’s 6’7” and boisterous, with almost childlike enthusiasm. It’s no surprise he is a huge supporter of the fact our bodies and minds are connected. If your energy is down, your mindset is negative, or you just have your version of “writer’s block,” Tony (and many scientific studies) tells us to get up, shake it out, change our view and posture. This simple action gets our brain firing and almost always helps!

The magic formula is YOU operating at a higher frequency. – Tony Robbins

Negativity may win at halftime, but kindness always prevails in the end. – Gary Vaynerchuk

Haters, naysayers, Debbie downers, critics, we all have them. Most times we have the worst ones in our own minds. Gary says they might have their moments, but we have control of how we react to them. Choose to be confident, kind, generous and open. In the long run, that is always the best path to take.

If you dominate your winter, you will dominate the rest of your life. – Tony Robbins

In both life and business, we have seasons. In this context, the winter is considered to be your low point when it’s dreary, and resources are dwindling. If you can succeed in even the worst season, you will be even more prepared to excel when the situation becomes better. Tony made a point to note that many of the top companies in the world were created in recessions- GM, Disney, Microsoft, CNN, and Apple. This is a concept beyond resilience and more a commentary on building a business or personal brand of true value, requiring as few resources as possible.

Become a student of your own results. – Doug Nelson

Another great line from Doug, “become a student of your own results.” Action is great, but we should be taking a serious look at our results and exactly how they happened. Make small (or big) changes each time to find the best possible outcome. Nobody is going to do this for you; you must do it yourself.

There’s no more “fake it till you make it.”– Gary Vaynerchuk

“It’s just so 80’s.” The days of buying a Rolex to look more successful for your customers are gone. Be transparent about your journey and growth and that honesty will be valued by customers and friends alike. Social media gives us a great platform to share this with the public in a highly curated environment. Much like Kavaliro already does, show the faces and realities of your teams. Be people. Be real.

Choose a path that requires a valuable skillset over capital. – Robert Herjavec

Of course, money helps, but having a truly valuable set of skills or creating a truly needed product is a great basis for success. You’ll survive your “winters” plus you won’t need as much capital to get going. Your value will speak for itself.

This one is pretty straightforward. Work hard and with integrity. Support others around you. Take bold chances. Take care of your body and mind. Be kind. It all adds up.

Probably my favorite concept from the entire event is something I already hold very firmly in my own work ethic. Failure, at any level, is not because something was missing but because you didn’t figure out a way to make it work with what you had. You must exercise all of your creative muscles, think outside the box, ask a million (nay, billion) questions, ask for help, move your body and find a way. Be resourceful.

So maybe the event was a little “ra ra.” It was also a little salesy and not exactly convenient to attend on a Tuesday for 11 hours. However- any action taken by you or your employer to help better yourself is an investment in success. I am consistently grateful to work for a company that allows me to spend time and money to grow. If you don’t work for a company like that, you should. Or go ahead and start one. I dare you.