How Far is Too Far?: Japan’s Nuclear Crisis in the Workplace

It’s the doomsday scenario. A Hollywood disaster-thriller come true. All of the elements are there: big city, nuclear plants, coastline, mother-of-all-earthquakes, tsunami, and mass chaos. Indeed, there could not have been a more perfect storm of misfortune for the island nation of Japan than what they went through on March 11, 2011. The magnitude 9.0 earthquake and subsequent tsunami that hit that day killed more than 11,000 people (and climbing), and left an immeasurable amount of property and financial damage behind. The dire straits certainly did not end there, though.

The days that have followed have presented an unprecedented nuclear crisis that is affecting the entire country. Damage caused by the tsunami to the cooling systems at the Fukushima I & II nuclear power plants led to a series of explosions and structural damage, leaving behind severely weakened controls over the plants’ nuclear reactors. As we write this blog post, workers continue to struggle to regain control of the plants and stop the stream of dangerously high radiation levels into the surrounding atmosphere and environment.

Located about 150 miles north-northeast of Tokyo, the Fukushima nuclear plants present what experts deem to be a serious radiological threat to the surrounding areas. The Japanese Atomic Energy Agency has labeled the incident a Level 5 accident on the International Nuclear and Radiological Event Scale (the scale goes from 0 to 7, with the 1986 Chernobyl disaster being the only recorded international incident to reach Level 7). Experts from France, Finland, and the United States, however, unofficially estimate the Fukushima incident at Level 6. Less than a week ago, radiation levels in Tokyo drinking water exceeded the safe level for infants, and it is unknown as to how far reaching the radiation will spread, and at what levels.

While the international community looks on with empathy and offers its support, there is at least one U.S. based entity that is reportedly taking a harder line with respect to ex-pat workers who are located in Japan. According to a CNBC report, U.S. investment bank behemoth Goldman Sachs recently sent executives to their Tokyo offices with a message for uneasy employees: If you leave Tokyo, don’t expect to come back to your job.

Ponder that for a moment. Try to put yourself in the shoes of the Tokyo employees, many of whom have their families with them in these times of great uncertainty over the effects of the radiation. Now, try to put yourself in the position of Goldman Sachs, a foreign investment giant that stands to bear potentially significant financial losses at the hand of what may or may not be a dangerous situation in one of the world’s preeminent financial centers. The situation presents a quandary that most of us are certainly glad to not have to decide upon first hand.

The early worldwide reaction to the story has expectedly sided with the employees, as that is the position in which most of us find ourselves in our own lives. But is there more to the story? Is Goldman privy to information regarding the radiation that we laypersons are not? Or is this simply a tale of corporate greed and the ugly side of employment-at-will politics?

That’s where you come in. We are asking you to give your opinion on the reported Goldman Sachs’ mandate. How do you feel about it? Have you encountered workplace situations that mirror, on a smaller scale, the physical, emotional, ethical, and financial dilemmas that Goldman and its employees currently face? What would you do? After reading the full CNBC story, please leave us a comment below and let us know your thoughts. 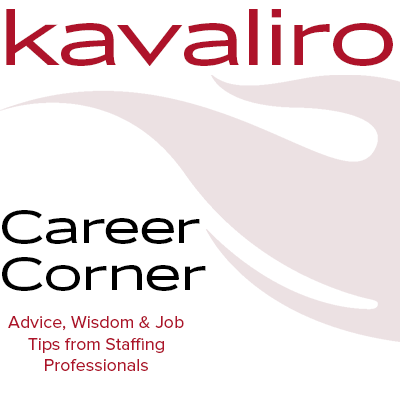 Kavaliro Career Corner: 10 IT Staffing Trends for 2017
« BACK